The Arcaze-USB Interface V3 conduces to the connection of pushbuttons, switches and incremental encoders to PCs through a USB port.

Please follow these few steps after unwrapping your new module for the first time.

The installation is simple:

A version of the Config Tool does always belong to a distinctive version of the firmware. There are constant improvements, new features and bug fixes on both ends, so it’s very likely that the preprogrammed firmware inside your module is not up to date anymore (and therefore not compatible with the most recent Config Tool). So you’re well advised to do a firmware update as the very first step.

This is very simple: It is descibed in the  Arcaze Video Tutorial #2 or do the following steps:

Now you can execute the Arcaze Config Tool to create a first simple configuration for your module. Click on „Arcaze-USB Config Tool“ on your Desktop or in the start menu (Start->Arcaze USB Interface) . 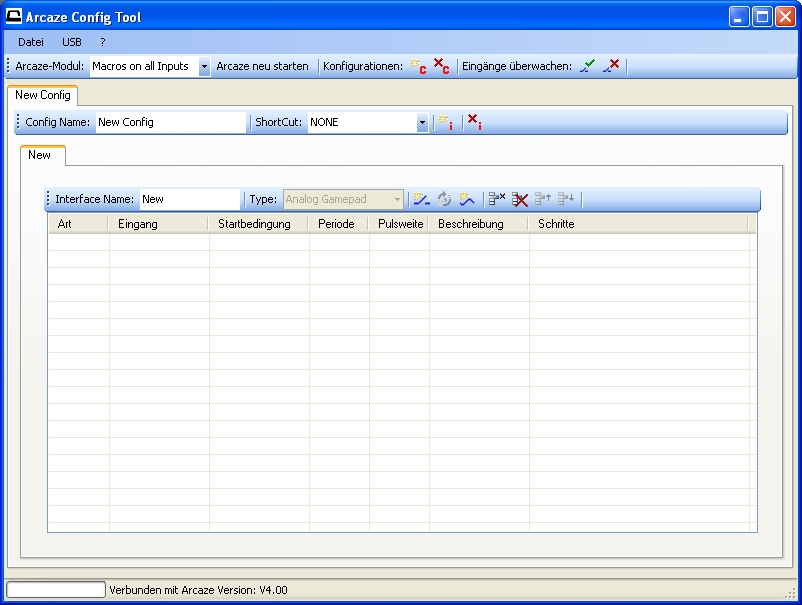